Act III: Coming Out as an Environmentalist

Act III: Coming Out as an Environmentalist 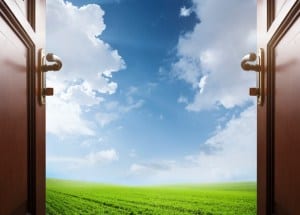 I recently updated my Linkedin profile to add the term Environmentalist. After years of building businesses, including a recent Healthcare startup, I am focusing my future energies on the environment. Specifically, fighting climate change and global warming through renewable clean energy solutions.

Working for the environment isn’t particularly unique, but without diminishing the phrase “coming out” for those that use it for much more difficult announcements, the environment is now the second most polarizing issue between Republicans and Democrats. It ranks ahead of abortion, the death penalty, and evolution. The difference between parties is 53% for the environment versus 35% for abortion.

In my experience, politics can be awkward, especially when you are a business consultant. People form opinions rapidly when they think you are one party or the other. For my business, the CEOs I work with have a strong conservative bent. I have a great admiration for those that have the guts and drive to build their own businesses.

Yet our politics seem to be more and more defined by which “side” one belongs to rather than the issues themselves. The issues have become the litmus test for admission to the either side. So that if one side said, “We believe in placing all politicians on Mars,” then the other side would automatically say, “No, we should keep them here.” You can’t be a member of either side until you support that side’s issues. The result is increasingly absurd positions on issues. I’m not sure why the environment is so polarizing. It doesn’t have to be.

Issues are proxies for what we all want. They become issues because we disagree on how to get to what we want. Yet often we all want the same things and have similar underlying values. We believe in safety and security, jobs, a chance at getting ahead, education for our children, and freedom. So why wouldn’t we all want a clean and safe environment?

I know many CEOs that support the environment, even conservatives. However, the president elect has echoed one of those absurd positions, “I believe global warming is a hoax.”

Business has to be about more than just making money. Otherwise, what’s the point? So if this declaration affects my business, then so be it. I’m willing to have a conversation about the environment independent of the labels and issues which seem to define us.

For me, the issue of the environment is based on the values of providing safety and security and a future for my children and grandchildren. I trained in chemical engineering and physics and I’ve spent the last year digging into the science and issues surrounding the environment. There is no “real” debate. Climate change and global warming are happening at an alarming rate. The consequences will be extreme.

To deny this is to tell me that we don’t share the same values. So we’re probably not doing business anyway. That’s unfortunate for both of us. You can unlink me, unsubscribe, or whatever one does if you choose. For those of you that do agree, and there are many CEOs I’ve met that believe in the environment and solutions that can create growth and opportunity such as renewable energy, I’d say join me. Let’s have a conversation. Do something about our common values and this issue.

When we can’t have a conversation then it pushes my “bottom line” to this. What will we say to our children, and grandchildren when they ask, “When you knew the effects of climate change, why in God’s name, when you could, didn’t you do anything about it?” To me this is a moral question, and that supersedes business every time. We need to act now.