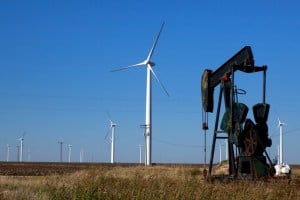 In my youth I used to own a T-Shirt that said, “Give Texas Back to Mexico.” I admit it was rude, I apologize, and I’ve changed my mind!

Texas has an image as a big tough, independent and proud state. It’s also known as the oil capital of the country. They haven’t voted for a democrat for president since Jimmy Carter and that didn’t work out too well. Texas has an abysmal record on some things that most reasonable people would agree are bad, from ranking 43rd in the nation on education to ranking 4th for pollution. So what could possibly change my mind?

If you’ve been reading this blog, you’ll know I keep mentioning something on which most people are unaware… that there are alternatives and clean energy solutions that are viable, will create jobs, and will reduce our climate changing consumption of fossil fuels.

Texas is now number one in the country for wind and biomass energy and is currently ranked number three in renewable attractiveness. Texas is clearly doing something about energy!

While the current Texas goals are only a small part of their total energy consumption (approx. 10%) the trend is in the right direction. This number is expected to grow to 15% within two years. Is this because Texans understand that they are dead center for climate change: hotter temperatures, more hurricanes, droughts, and water shortages? Not really. Maybe some, but this is simply an economic issue. Renewables make economic cents (pun intended.)

So Texas, thank you for showing the way. If Texas can do it, then the other 21 states can also. Stay tuned to learn about how this transformation is taking place.