Trump to Allow China to Destroy US Manufacturing Again Under His Energy Policy?

Trump to Allow China to Destroy US Manufacturing Again Under His Energy Policy? 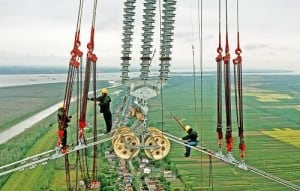 President Elect, Trump, is almost right. He believes that Global Warming is a Chinese hoax. But as usual, he’s got got it exactly wrong. The sound bite works well by blaming another country, but the issue is complex. The US could develop a straightforward and strategic energy policy that could address global warming, but it is doubtful under the current administration. Instead, he’s taken the Chinese bait.

If I were a Chinese strategist and wanted to harm the US manufacturing or military sectors, what strategy and tactics would I employ? Look to Sun Tsu. The strategy would be simple. Engage in an indirect war. One does not directly confront a stronger enemy, but rather engages him in tactics that divide his forces and drain the energy of his army and his people.

Knowing that Trump will “react” to anything that remotely bruises his ego, I would let it be known that the Chinese had indeed created the hoax of Global Warming, then sit back and let him do the rest. Here’s how it works.

Manufacturing has four major cost components; materials, labor, capital in the form of equipment, and energy. China’s first major blow to the US manufacturing segment came with lower labor costs which created  the cheap goods that we can’t seem to get enough of to make us happy. Walmart liked this approach.

The US countered by trying to increase productivity through automation. This didn’t help very much with the jobs Trump promises to bring back. It’s not really going to happen, but he will put in place some policies to reduce jobs that leave the US. At this point US Manufacturing costs are about 5-8% higher than China for similar goods. Energy costs are the next gauntlet.

There are three tactics that could be employed to reduce energy costs. The first is, “Frack, Baby Frack.” Disregard global warming and drill your way to lower costs. The second is by investing in renewables such as wind and solar. The third is to modernize your power grid.

The drill for more oil tactic works short term. It doesn’t provide many jobs, but it does provide slightly lower energy costs at the price of global warming and pollution. It’s the approach Trump is taking based on his selection of Tillerson, Pruit, Perry, and Zinke. It’s also the approach that China wants Trump to take. Why?

Because it’s a bad tactic for the long term, and there is not a country on earth with a better sense of the long view than China. Oil is a limited commodity. The cost of extraction is going up with time despite the fracking boom. Long term, prices will go up. So when oil hits $100 again, energy costs in manufacturing are going to take a big hit.

On the other hand, solar and wind costs in $/KWhr are now almost at parity with oil. In a similar 10-year timeframe, China has decided to compete by investment in renewable energy. Last year they invested $110B in renewable technology, twice that of the US. They will invest $361 billion over the next three years. They know that when the investment costs are recovered, their energy will be cheaper than the US and they’ll be able to out compete us.

But here is the coup de gras, over the next 30 years China will be investing $30 trillion in a UHV electricity power grid. They understand that to support their 12.5% per annum growth in renewables, they will need to move it from generation sites to where it is needed.

The US has been talking for years about upgrading its grid. Our grid is a patchwork of grids, which are often barely interconnected and susceptible to cyber attacks. The American Society of Civil Engineers says, “Aging equipment and lack of capacity is leading to intermittent failures, and that an extra $107 billion investment was needed by 2020.”

So there you have it. Trump announces his strategy ahead of time, something he says he won’t do. He operates from belief base, rather than science, so he elects to drill for more oil. He signals ignoring global warming and low cost renewables and dooms the US to never catch China in terms of competitiveness. He ignores the stimulus to the economy of millions of jobs in the renewable sector. And our manufacturing costs will rise to between 12% and 15% above China. By that time it will be too late. We could instead have a sensible energy policy that doesn’t doom us to global warming and win in the process.

But it’s OK, because Trump can always implement tariffs on Chinese goods and start a trade war. That should work well too. No wonder the Chinese are laughing in Beijing.

PS: In 2012, eight out of nine of the top Chinese leadership were scientists or engineers. None of them owned a hotel.