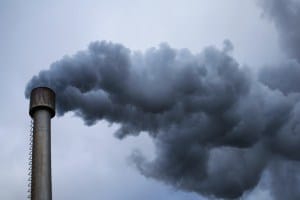 My inbox is filled with a hundred emails everyday telling me to “resist” the travesty wrecked on our environment by our new president and his kleptocrats.

There is no doubt that the environment is being plundered and destroyed by these people for nothing other than simple greed. They have no policy. There is no logic or justification for their actions. They will not create “zombie” jobs by trying to renew coal. They will not make America competitive by slowing clean renewable energy. They will not make America great by polluting our air, water and land. Or improve our health by dismantling the Environmental Protection Agency. But resisting, by itself, is not sufficient to save the earth.

Most Americans want clean air and water. Almost 70% of Americans understand the facts of global warming, are concerned about its effects, and want to make changes. They are looking for leadership.

Yet what we are witnessing is the rise of a new type of American Fascism. Those on the Right will call this an extreme accusation of course, but there are also those who don’t remember history. Or those that are too busy trying to get on with their lives to pay much attention.

The definition of Fascism is a governmental system led by a strongman or dictator who forcibly suppresses opposition and criticism. Fascism colludes with industry and corporations to regiment commerce and enrich a few. This system is often combined with aggressive nationalism, xenophobia, and racism. Sound familiar? Historically, the transition to Fascism is completed by an act of war. Trump fits this definition more than any other politician in today’s free world. He has declared war on the environment, if nothing less, and God forbid he starts a real war or uses a terrorist attack as an excuse to do so.

Where he fails to meet the definition is in two areas. First, Fascism usually requires some benefit for the national interest. Trump’s promises are empty. Clearly his interests are his own. There will be no benefit to the people from his actions. Second, Fascism requires the consent of the people. Here, thankfully, he is not succeeding, but we are teetering with our political system. I have great faith in my fellow citizens. They are already tired of the lies. They don’t like being conned.

Tom Snyder says, “Believe in truth. Without truth there is no trust. Without trust, there is no rule-of-law. Without rule-of-law then we have no democracy.” It starts with the truth. We have multiple examples of the lack of truth from “Chinese hoaxes” to global warming denial to the Orwellian term, “clean coal.”

I also would add that we can not save the environment without democracy. We tend to confuse democracy with capitalism in this country. We are told the absurd idea everything that is good for business is good for the people. Is it right for corporations to hold the people hostage for jobs that destroy the environment upon which we all depend? Our air and water belong to everyone. They are gifts of the earth.

Nowhere is growing American fascism more connected to environmental destruction than through fossil fuels. We have been led to believe in unlimited growth. Consumption propels capitalism. This cycle of consumption and growth is driven by energy. There is no way we will be able to drill or mine enough fossil fuels to satisfy growing energy needs or unlimited growth. Supplies are actually limited. Reserve estimates are overinflated to boost stock prices. Costs of extraction are going up. And the climate consequences of pumping trillions of tons of carbon into our air are becoming all too obvious.

America still depends on 85% of its energy requirements from outside the US. So we fight wars (i.e. The Iraq Wars) to try to secure these resources. Who will we invade next, Venezuela? The Philippines?

But what happens when we run out of oil? When oil collapses, as it will? What will we do then? One only has to look at the demise of the British Empire at the end of their coal reserves to understand. Or watch what’s happening as the boom from the north sea oil runs out.

Ironically, clean, low cost renewable energy may provide a buffer to slowing the economic collapse of capitalism and our environment. Countries that are investing now in renewables, are actually investing in their future and security. China will invest half a trillion dollars over the next four years in renewables and renewable infrastructure. In the US, our choice has been to invest drilling, mining, polluting and invading, rather than renewable energy.

Power is never given, it is taken. We have the ability to admit and take responsibility for our mistakes. Take our power back. Then again, our institutions will provide some bulwarks against slipping into total fascism, if we support them. And perhaps some of our legislators will finally find their spines.

Yet we have missed something. Clearly we are not succeeding. If we were, then we wouldn’t be in this situation. There are great numbers of Americans that are angry and willing to suspend their freedom to take a chance that things will change. It’s also clear to me that the environmental movement is disconnected from the average American, just as American’s are disconnected from the earth.

What can we do? Certainly resistance is required short term. Longer term it requires a change in values that move toward a greater respect for the earth and our fellow citizens. This requires education and better messaging from the environmental movement. It also requires a move away from fossil fuels toward 100% clean renewable energy. Finally, it requires a more equitable economic system than the fascism that enriches a few. All of these are connected.

So I am going to go looking for answers. I am taking a break. I am heading west. To wander in the desert southwest for two months. To think, enjoy the earth, and reestablish my connection to it. Renewal is part of earth’s process, and it should be part of ours as well. I also intend to renew my acquaintance with my fellow citizens. To listen, and when able, have open conversations. To find out where people really are, with respect to the environment. Hopefully to come back with new ideas.

I will be at the People’s Climate March on April 29th in Washington DC if anyone wants to join me or connect. My tweets and posts in between now and June 1st will be sporadic, as I hope will be my Internet connections. Until then….