Lessons from the March for Science

Lessons from the March for Science 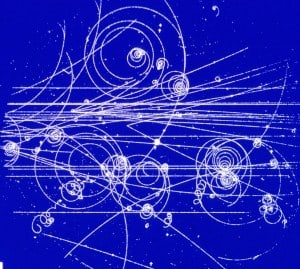 Quick, what was the core message of the March for Science?

If you have a little difficulty, it’s understandable. Scientists aren’t always great communicators. If you Google “March for Science” you will get the following two non-compelling statements.

“It is time for scientists, science enthusiasts, and concerned citizens to come together to make ourselves heard.”

“The March for Science champions robustly funded and publicly communicated science that serves the common good.”

Still fuzzy, so am I. I got a look at a lot of the signs the marchers carried. “I’m just here for the π.” Or, “Science gives me a hadron.” Perhaps clever, but not exactly convincing.

So there are two lessons here. The first is have a clear message that everyone can get behind. The second is stick to the message. Make sure your followers, customers, stakeholders know what you stand for.

I got asked by a friend at the Sierra Club for some suggestions on what the local chapter should do with respect to messaging the March for Science. To me it was fairly simple. Science is under attack. Science provides an objective way to get to the truth. To quote Tom Snyder, “Without truth, we have no trust. Without trust we have no rule-of-law. Without rule-of-law we have no democracy.”

So here’s how this boils down. The attack on science is an attack on our democracy. Short, direct and very important.

This is a negative frame and reactive to the frame put in place by anti-science politicians. For the greatest effectiveness, it must be paired with other positives frames about why science is good. For example, Defend Science…Defend Democracry, Science feeds the world or Science helps us live longer.

For the environment: The attack on science is an attack on the earth itself.

PS: This does not mean that truth alone wins the argument. There are other ways to persuade. See http://skywaterearth.com/2017/03/21/climate-change-is-real-so-what/