10 Reasons to Be Optimistic on the Environment

10 Reasons to Be Optimistic on the Environment 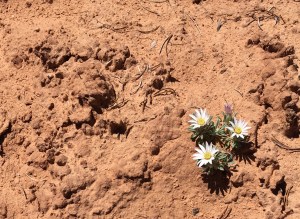 The Trump administration is a disaster for Americans who want clean air and water and to reduce global warming. Under his onslaught, it is also easy to lose hope or become cynical. We should worry about Trump’s executive orders, but we should also be concerned with cynicism. If you look at his modus operandi, it is to intimidate and bully. Witness the lawsuits against those with whom he does business, or his infantile tweets that threaten.

Under such pressure, it is easy to become cynical. That is exactly what Trump and his administration want. They want you to give up. Cynicism is a form of apathy. Disengagement. They want to remove roadblocks to their agenda. Deliver shock and awe.

There is no doubt that the administration is doing damage to the environment. But as I’ve journeyed across the country, I’ve seen reasons to be more optimistic when it comes to the environment. While a huge amount of work remains, I thought I would share a few of those and remind you that we are making some progress. Here they are.

If anything Trump has catalyzed a huge response to his environmental recklessness.

Hundreds of thousands of people marched in the Peoples Climate March in DC and around the country on April 29th. The fight for the environment against global warming is the most important fight we have. At it’s core, it is a moral issue. You are on the right side. The only way we fail is if we let cynicism get to us.

Thank you for the work you do. Never stop fighting. Never give up. We will succeed.