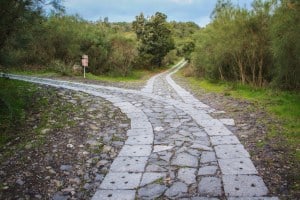 There’s an old adage that says you should never be the first one to tell someone their baby is ugly. Yet, someone has to be first.

The messaging of the environmental movement is failing.

There, I said it. It’s just an observation. I know it sounds like a criticism, and may set up barriers or put you on the defensive. That’s good, because lack of introspection by the movement may be the bigger issue.

We have over 400 major environmental organizations in this country, as well as countless smaller groups I belong to almost a dozen. Many of these organizations do great work. I get around fifty emails a day from these groups. Since the change in the administration, many have developed the same theme. “Resist! Send us money or <insert cause> is going to die.” This isn’t their only message, but you get the idea. Here are a few reasons we are failing collectively with repsect to environmental messaging.

Resistance is a tactic, not a strategy. When you are knocked off your plan, when you are shocked by the absurd insults of the current administration, it is natural to want to fight back. We should. Resistance might help raise money and attract new members in the movement. But it is insufficient in itself.

It has also been a catalyst for the resurrection of the climate denial arguments. Like waving a red cape in front of a mad bull, the environmental movement responds. We believe that facts matter and they do. But they don’t convince people. They don’t attract people. In fact, they often repel and bore people. The fossil fuel industry uses doubt and fear, because they know the environmental movement will respond. The position that climate change doesn’t exist is known as a “frame.” (See more on framing.) The problem with arguing against a frame is that it only re-enforces the frame. It makes it harder to dislodge.

So what should we do about the problem of the failure of our messaging? The subject is bigger than this blog post, and I am addressing it in a more detailed upcoming posts. At a very high level, it means we need to start the process of reviewing key messaging, developing better coordination and consistency, testing, and then promoting those messages to the right audiences.

In addition, too much of our messaging is issue specific. Overall the movement needs a high level message we can all use. We also need to learn to lead with core ethics and values and build our messaging around those. Ask yourself what are the values of the environmental movement? Lastly, we need to attract rather than persuade. This post excepted, of course.

Stay tuned for more or let me know if you’d like a direct conversation. Thanks.