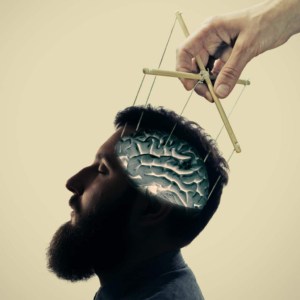 In my last post I talked about failure of the environmental movement’s messaging. It’s no secret that the other side, the fossil fuel industry, is investing in think-tanks to shape public policy. Since energy policy and the environment are complex issues, you may not even be aware of the way they are also manipulating the public discourse. One of the ways they do this is by the use of ‘framing’ with language.

What’s a frame? It’s a narrative that “frames” an argument with a familiar metaphor and also shapes an argument into being one-sided. “America, love it or leave it,” is a classic example. The “Clear Skies” initiative of the Bush administration is a good environmental example. “Clear Skies” creates an image of a bright blue sky with white clouds and clean air. Who’s against that? Yet despite its Orwellian nature, it didn’t actually do anything for clean air. Simply by the use of words, the argument sounds pro-environment, but it actually protected industrial polluters more than those that breathed the air.

The problem is that fighting against the frame, only strengthens it. Let’s say we are in a group of people, and I say to you, “Good to see you, how long have you been out of jail?” People will instantly get a mental image or activate the metaphor of jail and associate it with you.” Jail equals bad. When you laugh and say, “That’s funny! I haven’t been in jail,” my response could be simply, “Sure, prove you weren’t in jail.” You are now stuck in an endless attempt to clear your name. This is exactly the game and rhetoric used by climate deniers. “Global warming is fake. Prove it.” When we say “Global warming is not fake,” we associate the words global warming and fake in the listeners brain.

We may think we are too smart to be persuaded by such obvious devices. We have already fallen into the trap of fighting the “denier” frame. How about the next frame, “It’s not global warming, it’s climate change.” Why would we use “climate change?” It’s sounds OK, but as we know, “The climate has always been changing.”  “Climate change” is less frightening. It’s going to happen to the climate not us. We’ve softened it. The thing is we don’t all need to be persuaded. Once it becomes part of our lexicon by a few, it has a tendency to grab most of the population.

Here are a few others as examples:

One of the things about a frame is that it won’t be accepted if there is no underlying narrative or value on which it can resonate. For example, I can’t say “regulations are burdensome” if I haven’t prepared the public with endless attacks on the government as incompetent, or meddling, or controlling your freedom. Or if I haven’t build business up as “business equals good” or “businesses provide jobs.” While we all know there are good jobs (think wind turbine tech) and bad jobs (think coal mining), who would be against jobs?

It is this lack of a core value and narrative that forces the environmental movement to react. Our core message today is “resist.” But resistance is a tactic and not a strategy. It’s reactive. It may work short-term to activate people, but if we don’t reach people on a deeper core value, we are going to lose. While there is urgency in the fight to save the earth, we need to place that urgency properly and dedicate resources to the long-term battle.

Imagine, ten years from now, a public that understands and is committed to “restoring the earth.” It’s going to be a lot easier retooling our economy for “clean, cheap, renewable energy.”

I am not advocating that the environmental movement go full-framing. The first step is to understand how we are being manipulated. We can use positive frames. What I’d like to see is more effort on underlying values and stories that support them. These will be explored in upcoming blogs.

Stay tuned for more, and let me know if you’d like a direct conversation. Thanks.