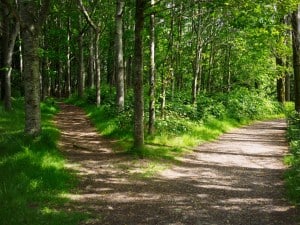 Most of my friends are apoplectic over actions taken by the current administration toward the environment. They can’t understand why anyone in their right mind would remove stream protections or “OK” the Dakota Access Pipeline. To them, that makes no sense.

In my last post, I talked about frames the fossil fuel industry is using to control the American environmental conversation. In that post I also indicated that a frame doesn’t take hold unless is has values underneath it that resonate with a person’s moral beliefs.

George Lakoff is the father of political cognitive science. One of the things he says is that “all politics is moral.” He also says that 98% of thought is unconscious. That’s partly why “facts” don’t matter, but moral beliefs do. It’s why arguing global warming “facts” is a real waste of time with someone who holds a different moral belief.(see Climate Change is Real. So What?) It simply entrenches their already existing beliefs. Much of what follows is from Lakoff, references are provided below.

While understanding why we are apoplectic might not change our feelings, I believe it will help environmentalists think about the way we communicate about the environment. In order to do that, we need to understand the moral beliefs of those who don’t share our world view of the earth.

Conservatives have a father-centric or paternalistic worldview. The father decides what is right or wrong. His obligation is to teach his children right from wrong so they grow up to be responsible citizens. Here is the Conservative Moral Hierarchy according to Lakoff:

Each of these also carries a responsibility. An employer has responsibility for his employees. A man has responsibility for his wife and children. These are not always manifested in conscious thought. But it does help us understand why conservative policy and actions are so different than those of progressives and environmentalists. It also doesn’t mean that every conservative has, or exercises, all of these moral beliefs. For example, a man who owns his own company (Employer), but has a wife, two daughters (Women) and a son may decide to leave his company to be run by his daughters if they are Stronger.

Starting at the top of the hierarchy for the environment, God above Man and Man above Nature explains a lot. In some religious beliefs, God gave Man dominion over the world. Under this belief, Man gets to call the shots. It is Man’s hierarchical right to be the dominate species. We get to shoot grizzlies. We get to pump oil because God gave it to us. We are now looking for “Energy Dominance” rather than “Energy Independence.” Man above nature. Strong above weak.

I don’t want to get too deep into the religious aspect of this. Katherine Hayhoe is a good source of how to have a conversation around religion and the environment. Her central tenant is, “If God created us in his image and gave us this beautiful world, why would he want us to destroy it?” Recognizing an audience’s underlying moral beliefs helps tailor the right message. God gives us dominion means God above Man, but then Disciplined (responsible) above Undisciplined (irresponsible) helps create a landing spot for the message that we must preserve the earth. We must also be responsible.

Likewise, Man above Nature means we get to use natural resources, but Man above Woman also means that the Man has responsibility to the Woman in order to have a stable family. When we refer to our global environmental issues, we would be better off talking to conservatives about our relationship with the “Earth,” which is feminine, and finding common ground with them in our Discipline (strength and responsibility) to take care of the earth.

When I have conversations with bi-conceptuals, I try to keep my awareness of their potential moral hierarchy in mind. We all know the first thing we need to establish is common values. These values are seated in our moral beliefs which determine our values. As environmentalists we need to do a better job of incorporating this understanding in our messaging as well.

I believe we have to “Restore the earth!” (i.e. Responsibility for the feminine.)

Savor the Earth! (i.e. Have reverence for what God gave us, because God is above Man.)