A Good Day – Not for our National Parks!

A Good Day – Not for our National Parks!

A bald eagle wings southeast across blue skies on the north shore of Yellowstone Lake. We are just inside the east park boundary. Ian (10) and Teo (7) are playing in a snow field just over a pass. Being from Atlanta, they have almost never seen real snow up close and personal. They glissade down a steep hill and roll in the snow when they fall. 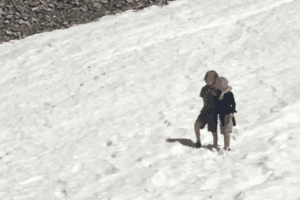 80% of us live in cities now and this number is expected to grow to 90% over the next 30 years. This number was 64% when I was born and 10% in the early 19th century. In the process we have gained security, economy and culture. Though I sometimes wonder at what cost.

When we live in cities we lose our connection to the earth. Most Americans believe food comes from the grocery store, but 72% know nothing or little about farming. The danger is that what happens outside the city affects how we live and survive.

This dichotomy is playing played out as well in our national parks. We have 58 national parks and 117 national monuments in the US. They provide for recreation, tourist economy of billions of dollars and conservation of our last remaining wild areas. Last year our parks had 331 million visits.

What I also learned was that the current administration is hell bent on destroying our national parks and monuments.

They want to give away drilling rights next to Great Sand Dunes, off every coast, and in the Arctic Wildlife Refuge. They want to mine in the Grand Canyon, next to the Boundary Waters Canoe Area and in Bears Ears national monument, just to name a few. Almost no national park or monument is exempt. Even Yellowstone, which is fighting gold mining at it’s border. Trump has ordered the Department of Interior’s secretary Ryan Zinke to review 27 national monuments for possible drilling and mining. Already he has reduced the Bears Ears in half as well as Grand Staircase-Escalante National Monument and proposed cuts to two more.

The administration has a unique strategy with respect to national parks and monuments. Exploit as much as possible, as soon as possible, for the benefit of the few. They are now moving to withhold funding from the parks from income ironically derived from drilling on public lands. In other words, “We want to drill, mine and cut in national monuments and if you don’t let us, we’ll cut your funding for the national parks and monuments.”

Of course the argument is guised as a “states rights” issue. Mike Noel, a Republican state representative in Utah, said that shrinking Bears Ears would be “a victory for our state.” He goes on to say that Federal management of land in his state constrains drilling, mining and grazing, adding that Washington has no business setting aside so much land. It is this last refrain that becomes the dominant frame. “How much land does the government need to control?” When you’ve first demonized the government, then taken it over, you can then demonize your opposition. Noel says “When you turn the management over to the tree-huggers, the bird and bunny lovers and the rock lickers, you turn your heritage over.”

There is some balance in preserving our national lands, and now this balance has swung off the pendulum. From cutting funding for our national parks to hacking the endangered species act, this administration is out of touch with what Americans want. 77% of American voters say it is important for the president to ensure our national parks are fully restored and ready to serve and be relevant to future generations. 80% are worried that funding shortages are damaging our parks. As Americans, we love our national parks and monuments. They are part of who we are. They are refuges and sacred places.

We don’t need to drill and mine in these sacred places. We have good alternatives to fossil fuels. We are building good alternative sources of energy. Yet this administration doesn’t seem to believe our natural resources are worth saving. Business, greed and pollution are their legacy.

I would ask each of you with a similar view to call your Representatives and Senators today and encourage them to help save our National Parks and Monuments. We have lots of issues to worry about in this country, but we can’t forget the role of the environment and our wild places. 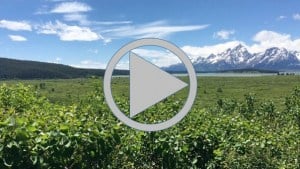 As we descend from the pass in Yellowstone, I think about our opportunities. We can either save what we have, or spend it. But once spent, we will never get it back. It is likely gone. Who owns our public lands? The American people. Not just the people nearby. As we become more urban, we don’t cede control of our national resources to a just a few people. They also depend on us.

Over the next few days, the kids will be exposed to a range of experiences that are all too rare. They will see wild bison, elk, coyote, grizzlies and moose. They will begin to change their view of nature. We will move onto Grand Teton National Park. But it is only because others have had the courage and foresight to preserve these wild places that my grandchildren will have these memories.

Now, I am reminded of what Utah Philips once said, “Kids, don’t ever let them call you America’s most precious natural resource. Have you seen what they do to our natural resources? They will strip mine your soul.”