Environmental Messaging and Values: Beavers Can Save the Human Race!

Environmental Messaging and Values: Beavers Can Save the Human Race! 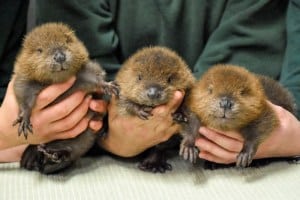 Imagine waking up one day, and being faced with another new environmental crisis… say, saving the beavers, who might be faced with extinction. Imagine that you call attention to the plight of the beavers, and scientists do some research to uncover the causes of the beavers’ demise. Then people, businesses, and legislative bodies cooperate to simply implement the best solution and solve the problem. It may cost a few jobs or a few tax dollars. Yet, we don’t argue about it. Saving the beavers is seen as everyone’s problem, and no one’s fault. We all agree that it’s important because it is supported by underlying common values. It seems like common sense. Who wouldn’t want to save the beavers?

Cynics might say this is a fantasy, but even if it were half as difficult, it would be a giant step forward. We have precedents for this. Gathering together during war. Feeding people during the great depression. The civil rights movement. Even preserving our ozone layer. The reasons these efforts are successful is that everyone shares the underlying values that moves us to act together.

So why aren’t we more successful in the environmental movement? Could it be that our values are wrong? Not likely. Or we don’t share common values? Maybe. Or other values are more important? More likely. Rather, because discussion of values is so rare, I am asking simply….

What are the values of the environmental movement?

Environmental values are a subset of progressive values. A progressive value is caring about our fellow citizens. We believe we have both a responsibility to ourselves and to others. We believe that collectively we should use government to provide public resources for all, so that all can thrive. For example, by providing our citizens with a good public education, they can recognize their individual potential and become valuable members of society. They have the freedom to succeed, then they give back to our society.

With respect to the environment, we believe that we must conserve and preserve our air, water and land, as well as our fellow creatures, because we all share these as requirements for life. As a result, we don’t believe in polluting the commons. Use of the commons transcends individual rights and freedoms.

We know the main environmental ‘issues’ are: global warming, climate change, carbon pollution, renewable energy, energy conservation, loss of habitat, species extinction and so on. But our values get lost in the issues. Why are these issues important, or even more important than, say, “taxes?”

Almost every one of 400 major environmental organizations in the US focuses on their ‘issue,’ from ‘save the beavers’ to ‘carbon pollution.’ But fighting for ‘issues’ alone often minimizes the effectiveness of messaging and attracting new people to each cause, as well as a greater cause. As I’ve said, I believe the messaging of the environmental movement is failing despite a recent surge in new participants. I believe this is because we are not focused on our common values.

I can not begin to ‘save the beavers’, even if I understand that they may be in peril, unless I connect how saving them fits a greater worldview and set of values. I also can’t connect beavers to lowering carbon pollution or climate change. I can’t understand why jobs are more or less important than beavers.

Instead, if I have a core value and moral belief that we share the earth with all creatures, and understand that carbon pollution is killing habitat through global warming, then it is much easier to connect beaver and carbon pollution.

This may seem like an intellectual exercise. It is. But it is also required for more effective messaging.

I’ve picked beavers as a slightly silly example. “Beavers Save the Human race,” may be more effective message than “Stop killing beavers!” The first may be connected with the ‘story’ “Scientists Acquire More Proof That Only Beavers Can Save the World,” where they actually ‘purify’ our water. The story we tell is about beavers as heroes, and shared connections. Of course, we can’t really tell which is more effective until we test them.

This is in opposition to the conservative value, ‘Man over Nature’ which may lead to, “Beavers damage our forests!” Man is responsible for the forests. Forests provide jobs. This leads to policies such as “Take beavers off protected lists.” Or worse, messaging like “Save our jobs, kill beavers.”

Focus on the common values and we can restore the earth. Purify it. Leave it to the Beaver(s).

Savor the earth!
We are all connected.

PS: The ideal image to represent ‘Beavers Save the Human Race’ is not just a photo of a beaver. Beavers might be cute to some and look like rats to others. Better to have a photo of a person, preferably a child holding a beaver in awe. We are genetically programmed to respond to faces. Not beaver faces. I couldn’t find a photo of a child petting a beaver. Only a platypus. But we can’t put a duck bill on a beaver and call it a platypus can we?